In January of 2019, Kelly Held flew with her newborn, Spencer from Norfolk to Atlanta. The Held's were traveling home to surprise and introduce Kelly's little brother and dad to Spencer. She was worried that they wouldn't be able to afford the trip but found affordable flights on Frontier and were able to make it work!

Seeing as it was Spencer's first flight - they wanted to make sure it was memorable. Upon getting onto the flight they stopped and chatted with the pilot, Captain Christopher who invited them into the cockpit and took photos with Spencer. "It was so nice to see how happy Christopher was to take photos and spend some time with Spencer! Everyone on the flight was so helpful and friendly," Kelly said. 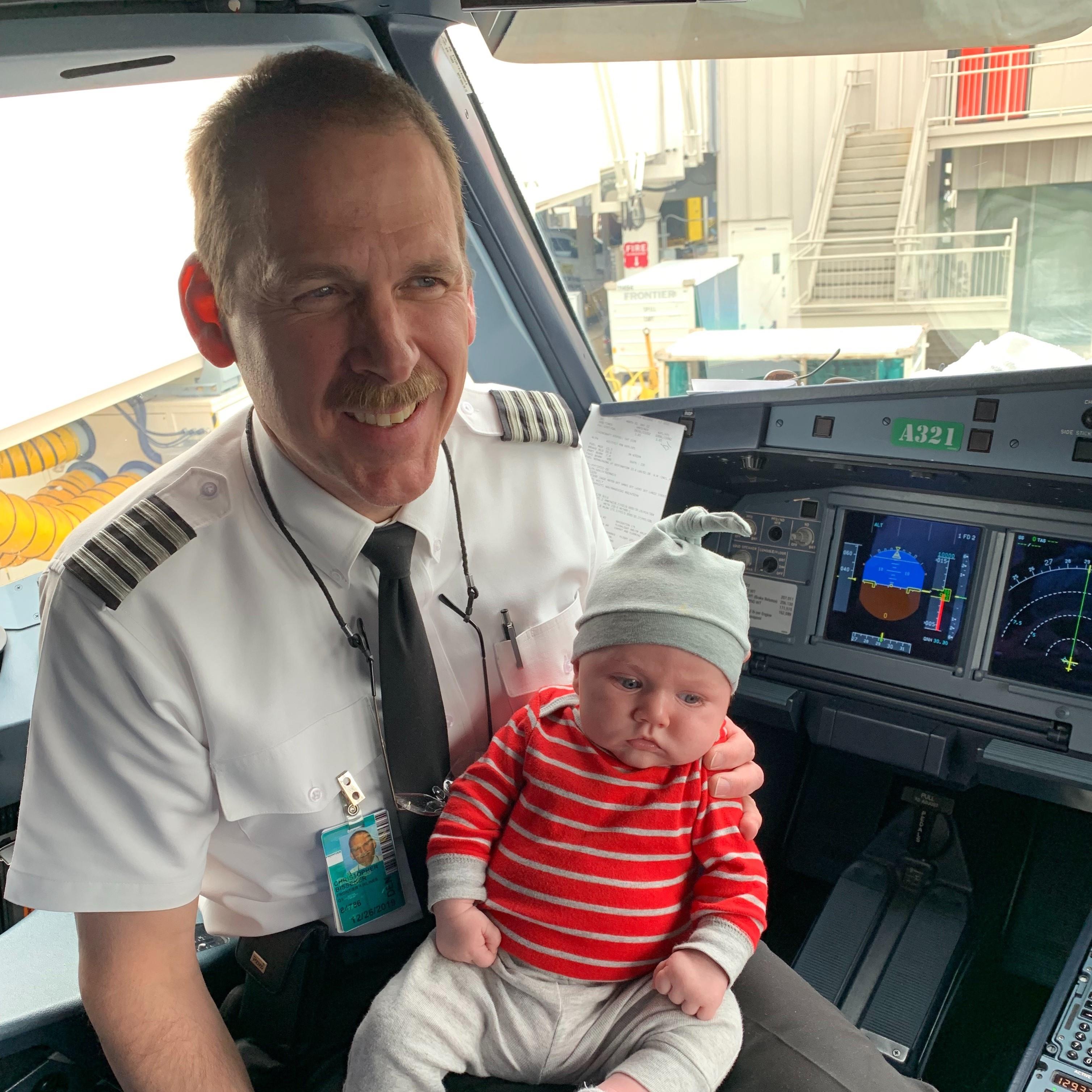 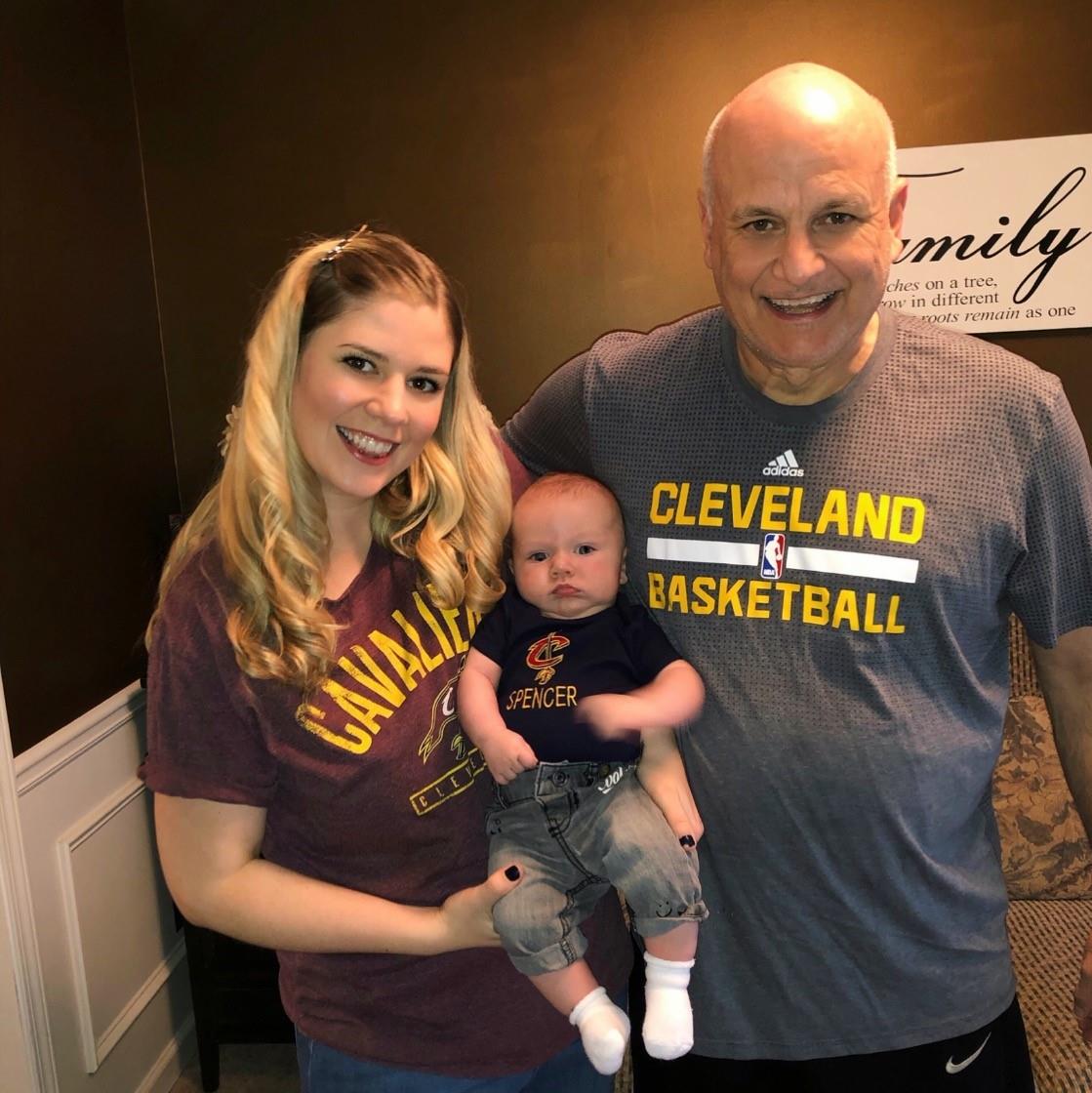 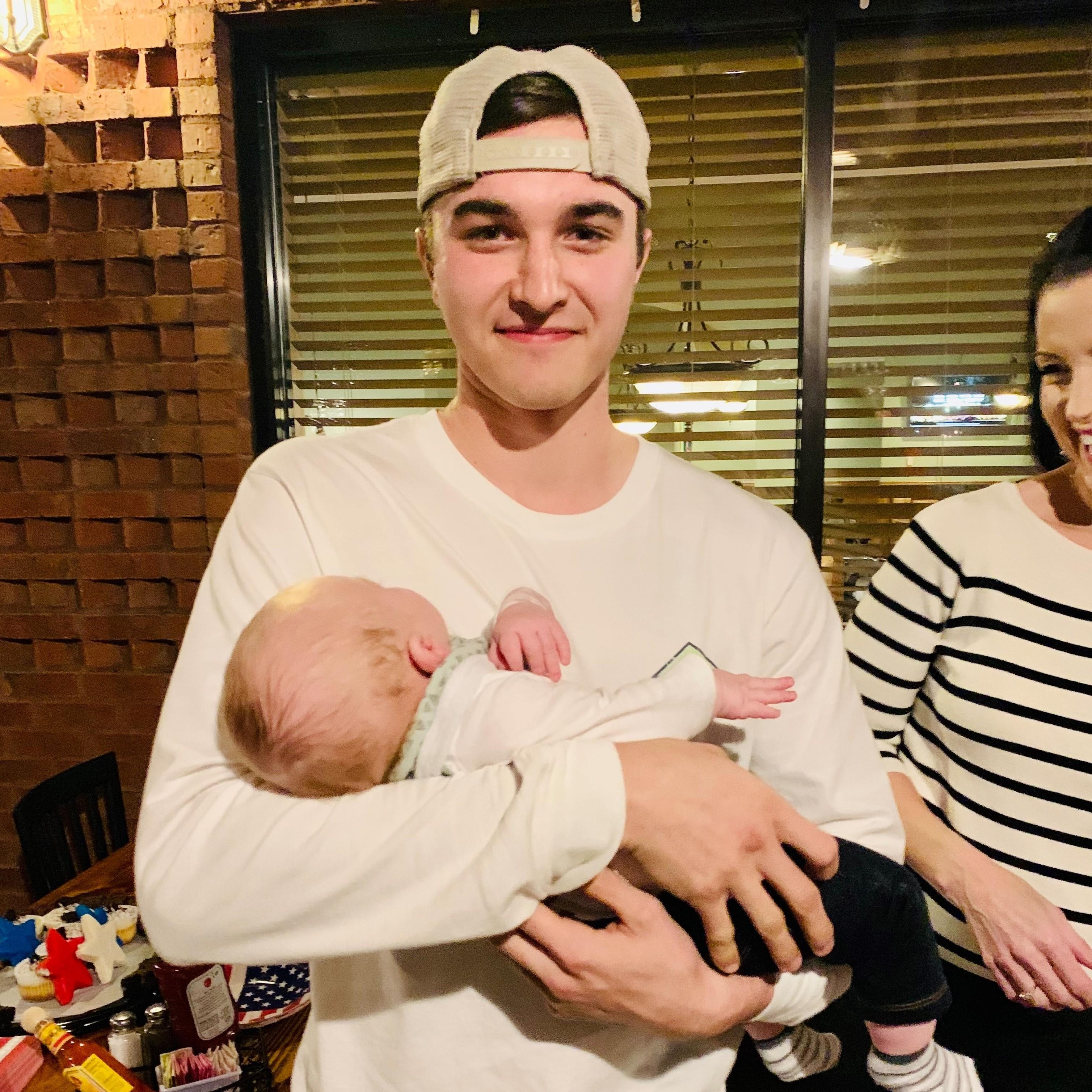 Their time visiting family in Atlanta was great and they treasured the time they were able to spend with each other.

In March of this year, the Held's hopped on another Frontier flight, flying home to Norfolk from a wedding in Florida. Spencer was excited about the flight and to meet the pilot! Much to their surprise, it was Captain Christopher who they had flown with nearly a year before for Spencer's first flight. Photos were snapped and Spencer felt quite important! Perhaps a future pilot? 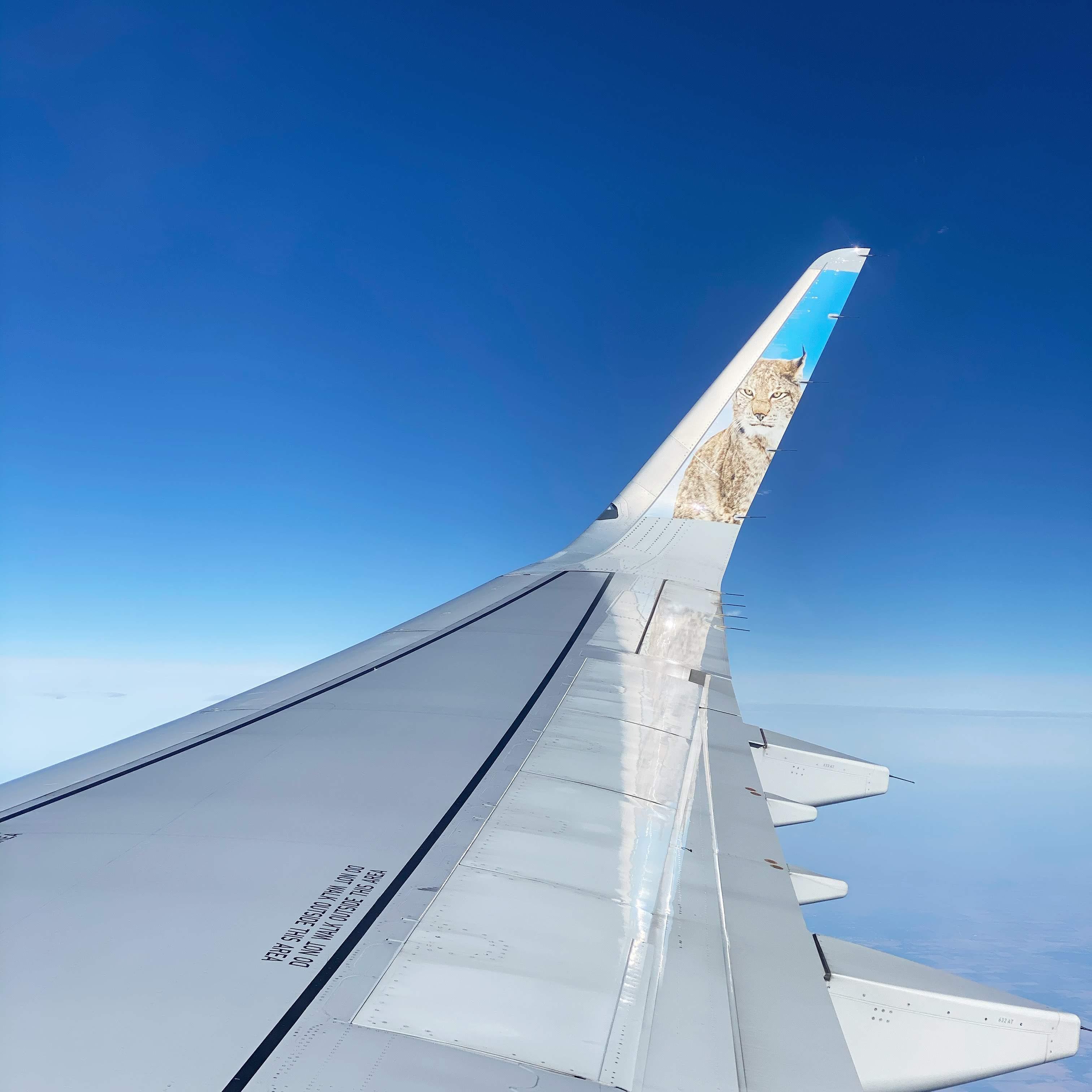 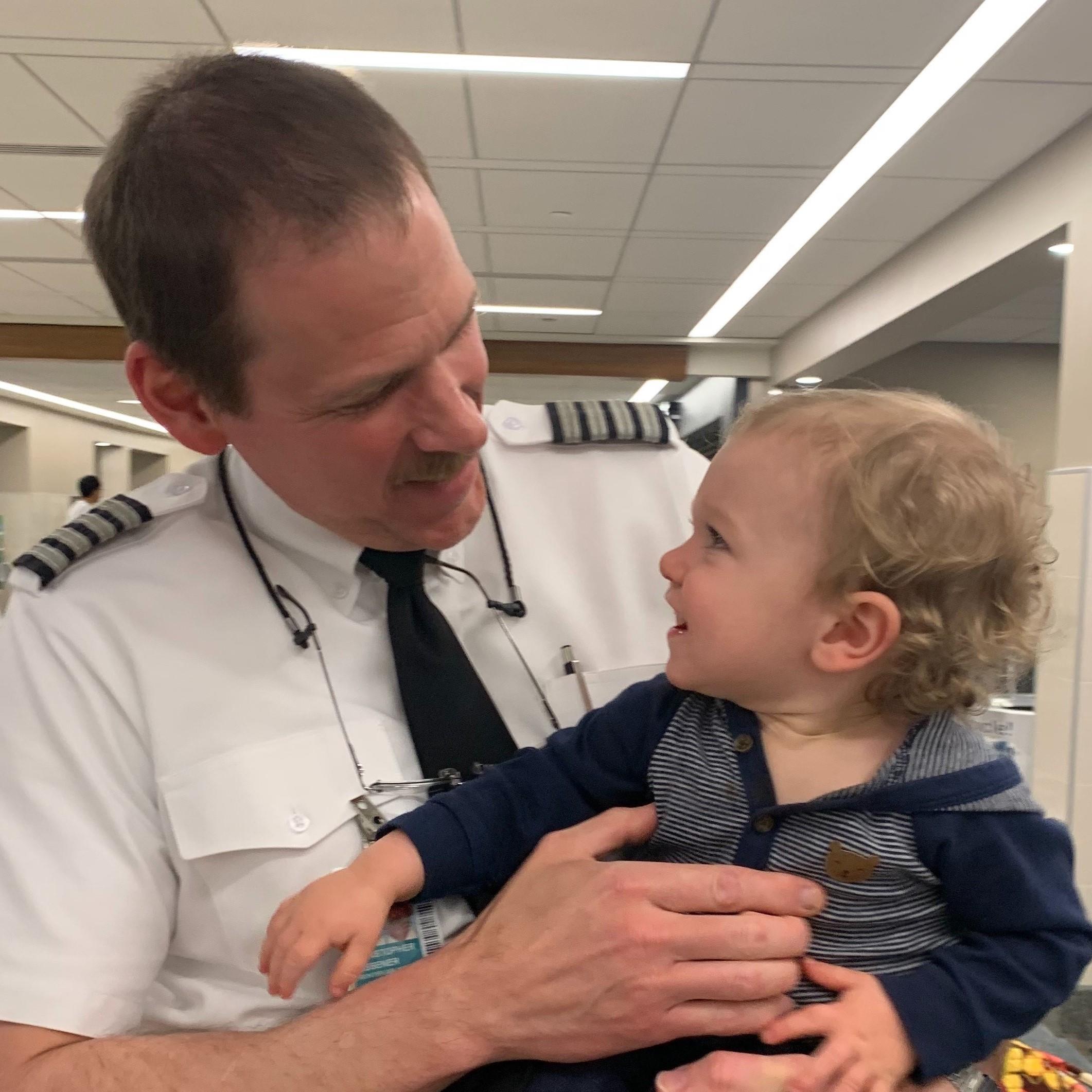 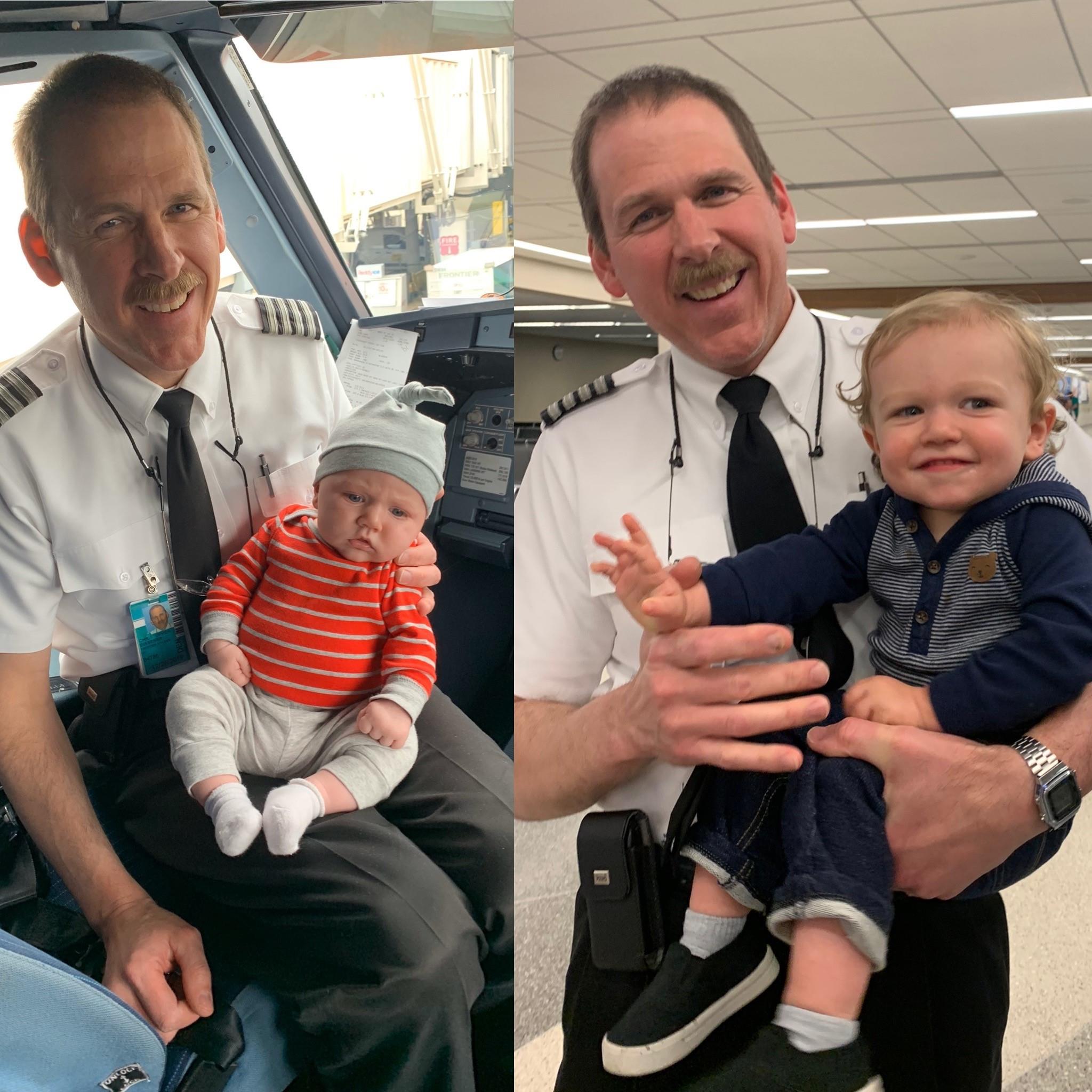 On her overall experience with Frontier, Kelly said, "The flight attendants have always been so helpful and friendly to Spencer and me. They make sure he has the trading cards for each plane tail we've flown on. The Flight Attendants also have helped me out when I need to use the restroom or make him a bottle. Flying alone with a child of any age is super stressful. But I do take comfort knowing that the Frontier staff is always willing to lend a hand and help as much as they can."

Thank you for sharing your experience with us Kelly, and we look forward to seeing you on a future flight on Frontier! Book affordable flights at flyfrontier.com to your next vacation destination!