National Hispanic Heritage Month is celebrated every year from Sept. 15 to Oct. 15 to recognize the achievements and contributions of Hispanic Americans and celebrate the histories, cultures, and contributions of American citizens whose ancestors came from Spain, Mexico, the Caribbean, and Central and South America.

The observation began in 1968 as Hispanic Heritage Week under President Lyndon Johnson and was expanded by President Ronald Reagan in 1988 to cover a 30-day period.

The day of September 15 is significant because it is the anniversary of independence for Latin American countries Costa Rica, El Salvador, Guatemala, Honduras, and Nicaragua. In addition, Mexico and Chile celebrate their independence days on September 16 and September 18, respectively. Also, Columbus Day or Día de la Raza, which is October 12, falls within this 30-day period.

Here at Frontier, we take pride in celebrating diversity and inclusion. We will observe this four-week period by featuring employees who were nominated by their colleagues or supervisors.

Sebastian Calderon has been an MIA-based flight attendant for three years. 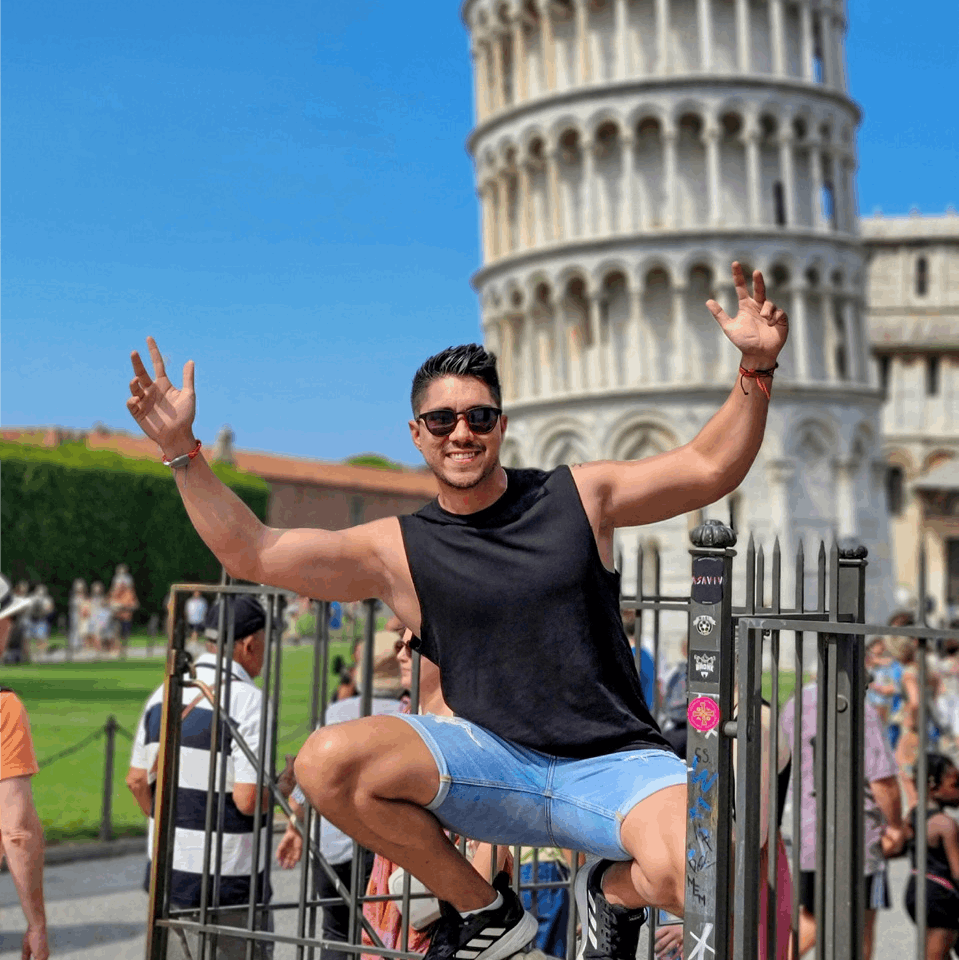 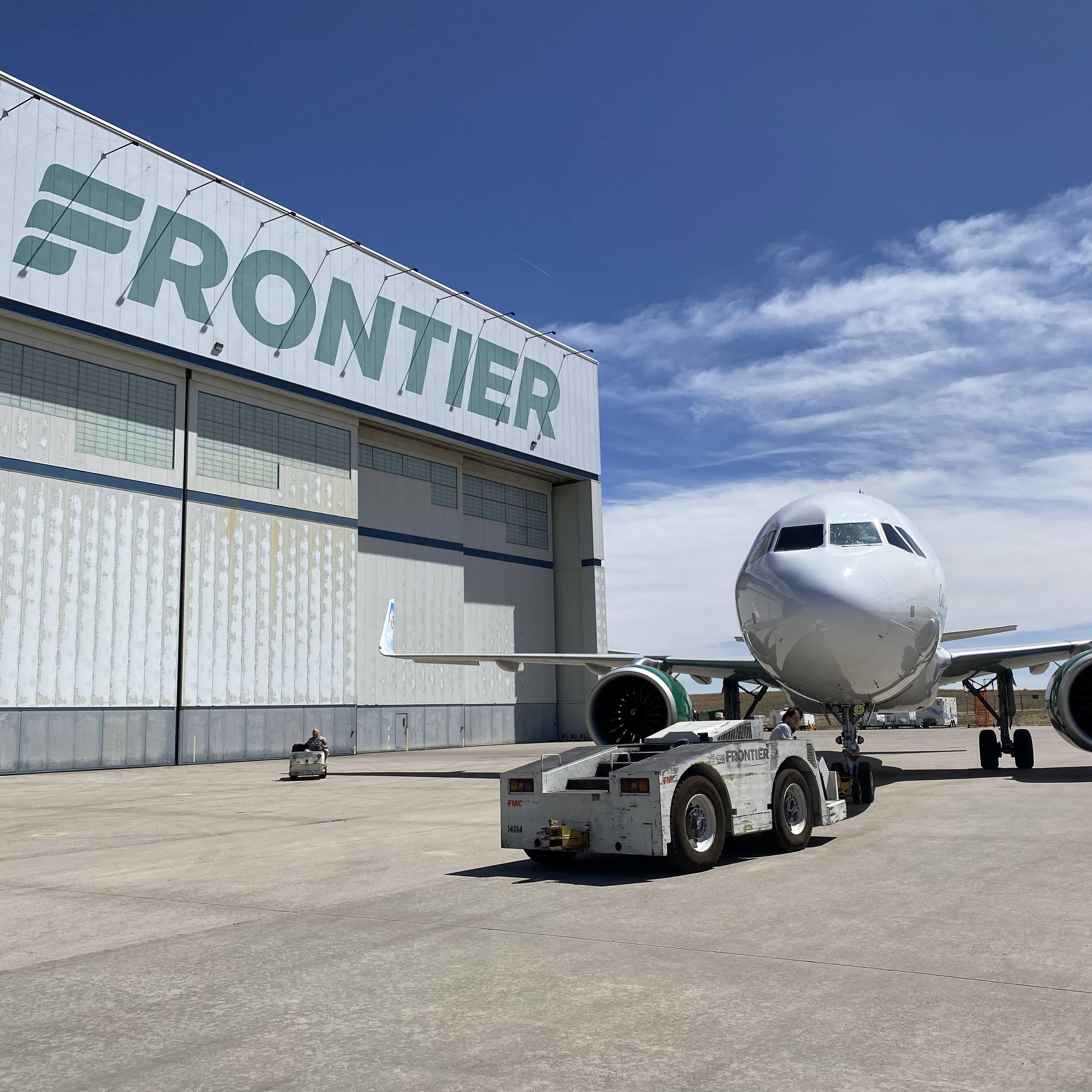 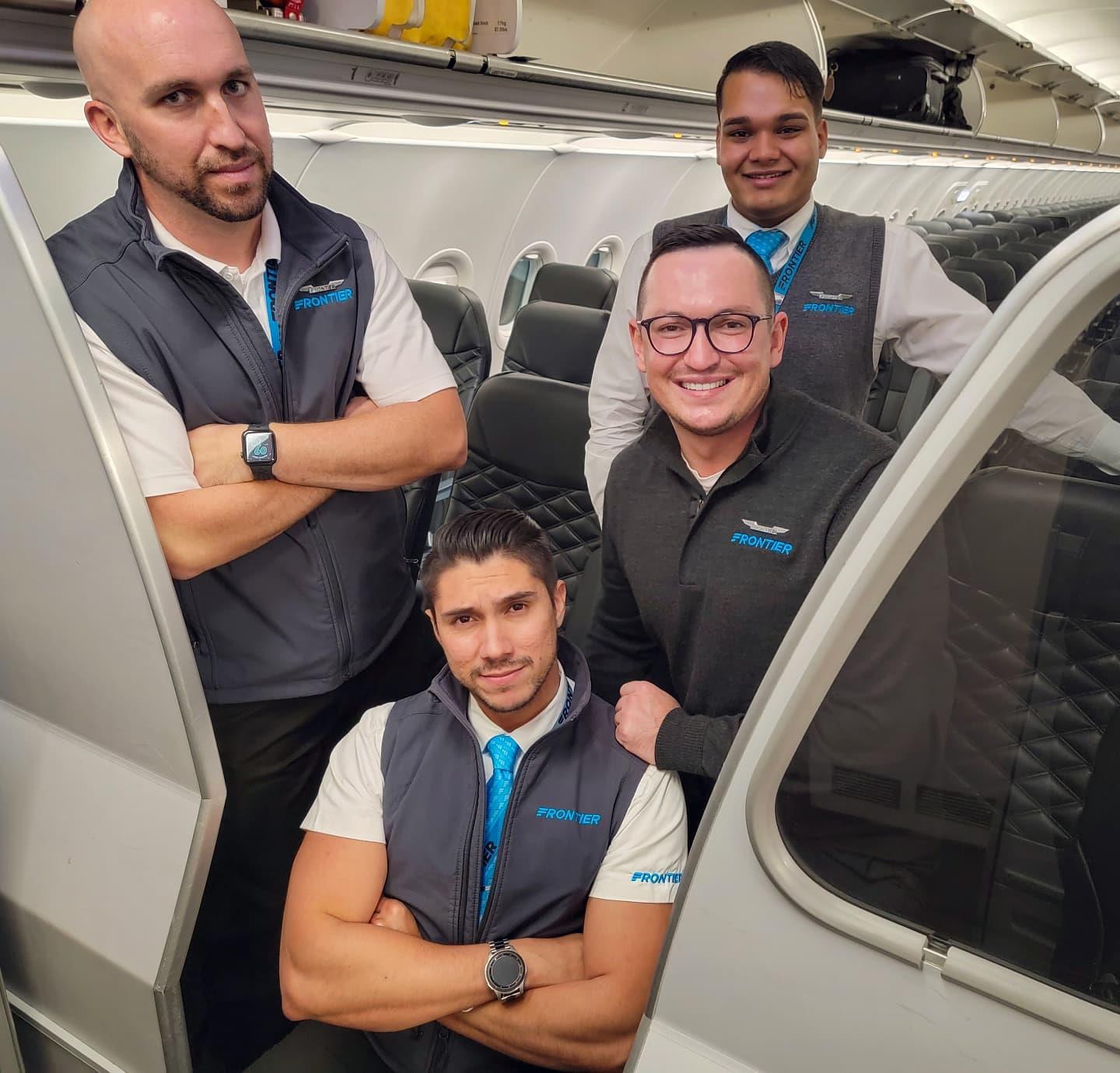 It's very important to me because, just like me, there are millions of hard working resilient Hispanic people in the U.S. We felt the need to leave our countries looking for a better future for ourselves and our families. Additionally, it is important because every day there are thousands of Hispanic people mistreated, deported and prosecuted for the wrong reasons. #LatinoLivesMatter

It is a celebration of the histories, cultures, and contributions of American citizens and residents that come from a Hispanic heritage.

Unlike other countries, Colombia (which is where I'm from), does not have a particular date in where we all gather together for a particular reason. One of my favorite memories is back when my grandmother was still alive, every Sunday we would all gather at her house: uncles, aunts, and cousins. Unfortunately, since she died, we stopped doing that.

Not one in particular, but there are millions of stories in history of those coming to this wonderful country trying to give a better future to their families, looking for a safe place filled with opportunities. Most of them are not here because they want, but because they had to leave their homes due to their corrupt government and violence.

Security Fraud Investigator Stephanie Rodriguez Lopez has worked for Frontier for a little over two years. 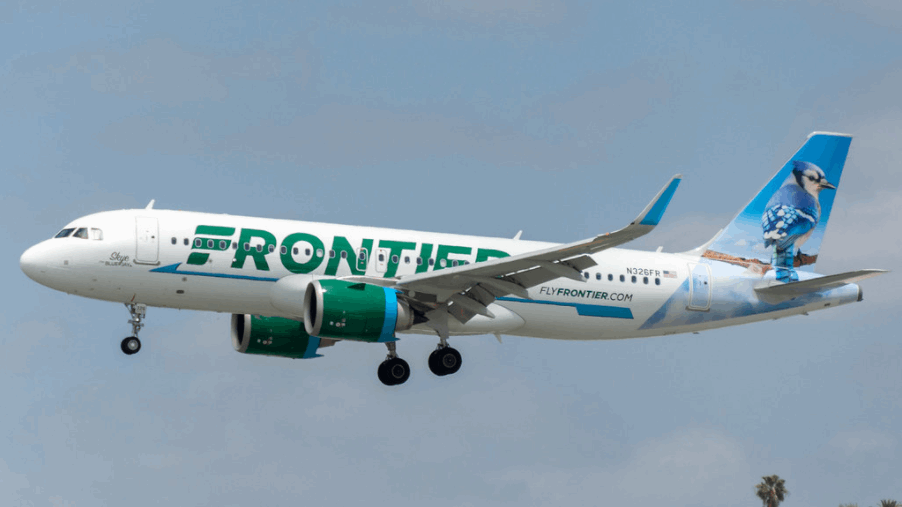 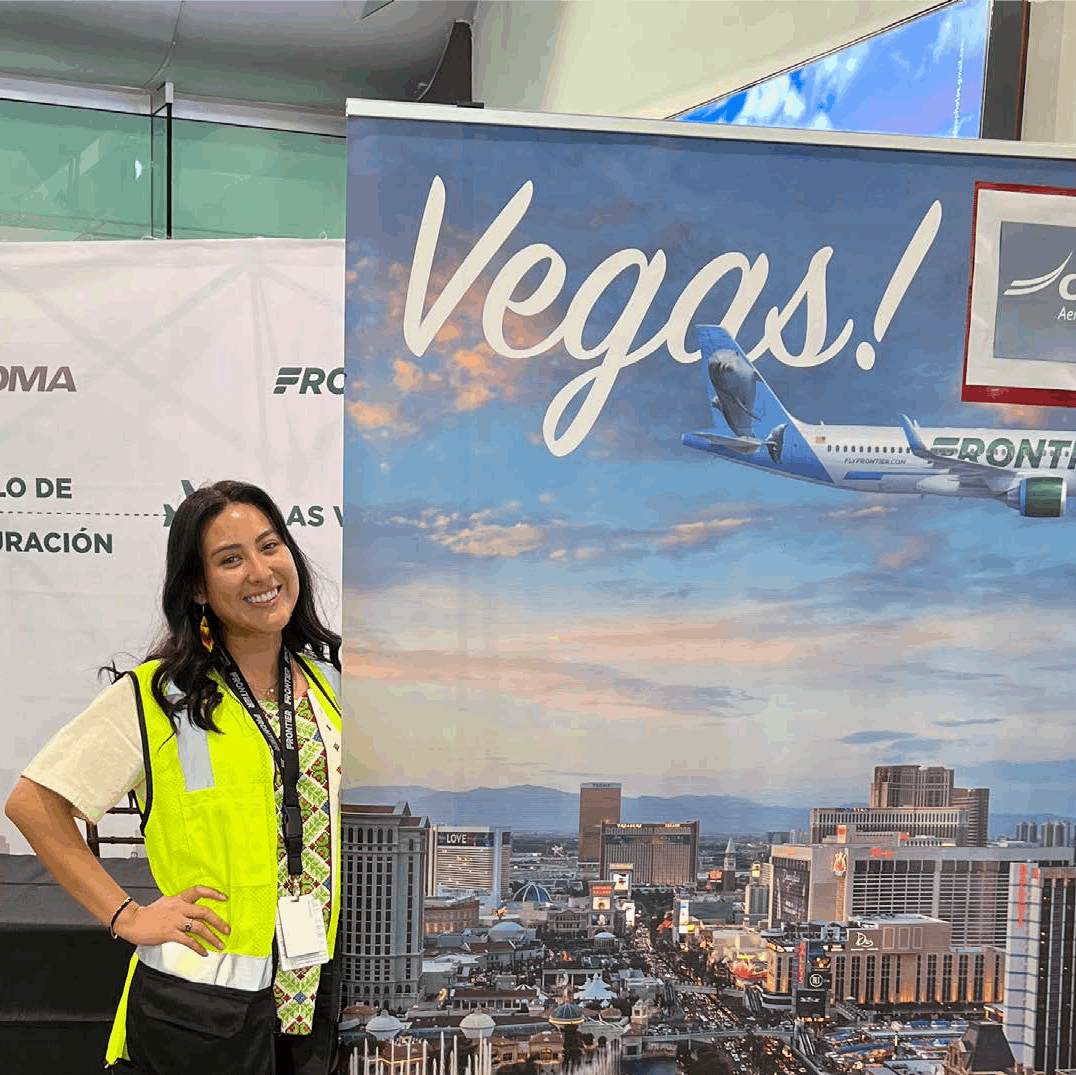 National Hispanic Heritage Month is about celebrating the contributions of Latinos, whether in our jobs, our communities, or our culture. That is why it is important not only during this month but all year round to celebrate the contributions and the limitless potential in the Latinx community and have others experience those successes as well.

Growing up, I didn't have much. I grew up in a low-income neighborhood in one of the most diverse communities in Downtown Las Vegas, NV. The few things I did included the richness of my culture, which was enough for me. Being a first-generation Latina, my parents made sure I connected with our Mexican roots. At age 5, I began to dance Ballet Folklorico, a term for traditional cultural dances that emphasize local Mexican folk culture. I never once was embarrassed by where I came from and found it beautiful that I got to represent how unique Mexican culture can be. My Latino heritage has given me an appreciation of not only my culture but also helped shape my identity and perspective as a daughter, sister, aunt, educator, and leader. Today I work for one of the leading airlines in the nation. I have traveled and helped open stations in Central America, the Caribbean, and Mexico with the help of my Latino heritage. To me, National Hispanic Heritage Month is a month of recognition for the Latinx community; it's about honoring and remembering the journey and struggles of our families and the sacrifices that they've made for us and our careers.

One of my favorite family traditions has to be "Dia de Los Muertos," or Day of the Dead as it's known here in the U.S. We believe that the border between the spirit world and the real world dissolves. During this period, the souls of the dead awaken and return to the living world to feast, drink, dance, and play music with their loved ones. Each year, during the last week of October leading up to November 1st and 2nd, my mom would set up a huge family altar in our living room. We would place a picture and a candle for each deceased relative, with their favorite snacks and drinks. My mom would prepare Pozole and tamales; of course, we could not forget the Pan de Muertos as offerings. I can't wait to share our family and cultural traditions with my children.

Although it's very recent in history, one Latinx I admire is Katya Echazarreta. She recently made history as the first Mexican-born American woman and one of the youngest women ever to fly to space. This opens doors and career opportunities for Latinx and minorities worldwide! 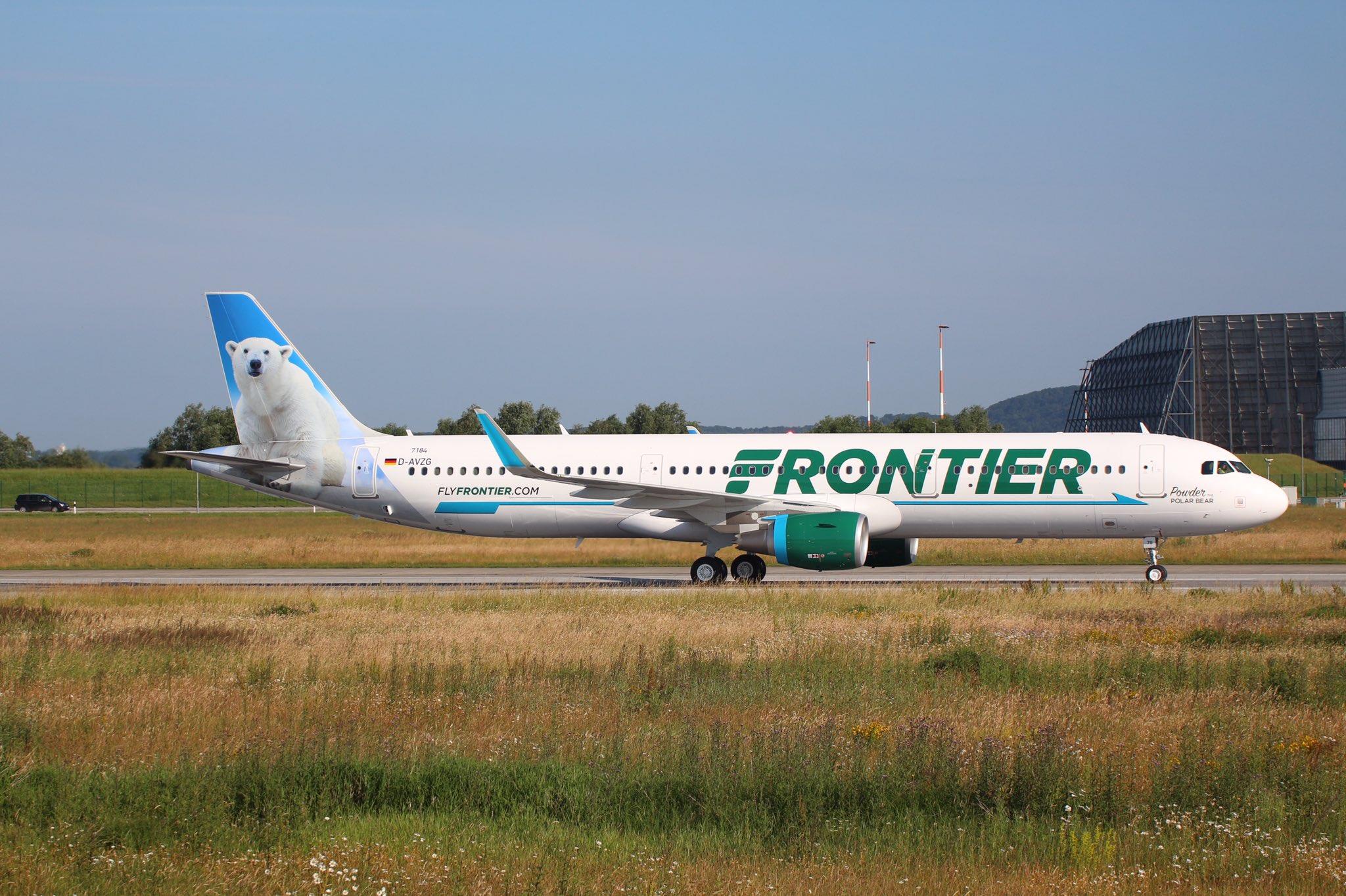 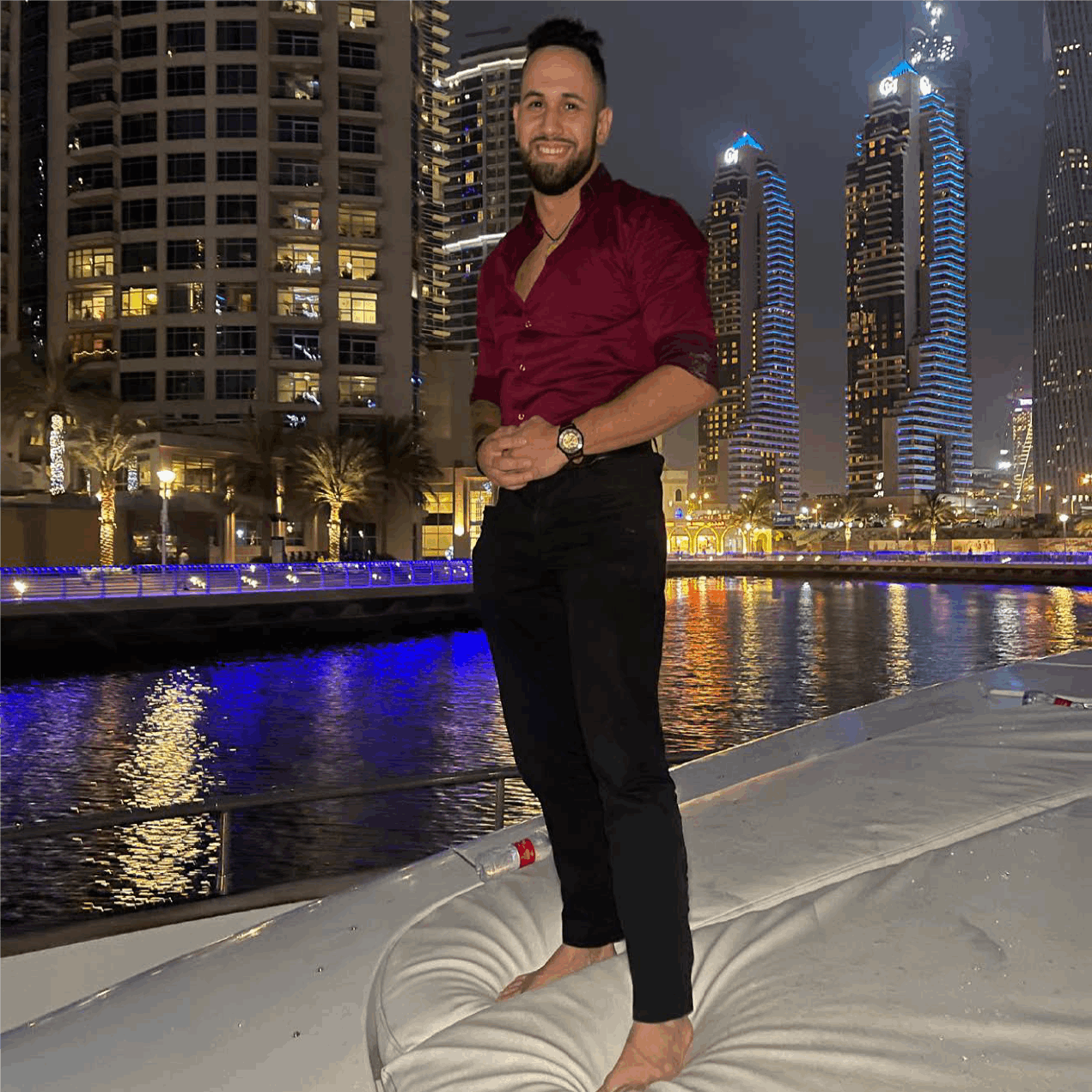 In many places and cities in the United States, Hispanic culture has always shaped American culture as a whole. Many non-Hispanic Americans love our music and food, but we all know culture goes deeper than that. For instance, one thing that defines our culture is our steadfast work ethic. So many essential jobs are performed by Hispanic people who either come to the United States seeking a better life or are born here. We are your doctors, nurses, lawyers, construction workers, sales associates, engineers… the list goes on. Along the way, we also leave a huge footprint in America's cultural landscape.

To me, National Hispanic Heritage Month is an opportunity to reflect upon the differences between many Hispanic cultures. Dialects, food, customs, patterns of speech, and attitudes vary by country. Learning and teaching these differences to others can be key to dismantling the stereotypes that people buy into when they think of us.

Puerto Ricans love to open their presents on Christmas Eve (we call it "Noche Buena"). I love that because when I was younger, I was VERY impatient when it came to waiting for Christmas.

Hector Lavoe. He was instrumental in popularizing Salsa music from the 1960s to the 1980s. He had a very troubled life. He battled drug addiction, and the gains he made in his rehabilitation were undone by the untimely death of his father, son, and mother-in-law. Through all of this, however, he continued to make public appearances with a smile on his face even as his health began to deteriorate in his later years. I aspire to be the kind of person who can put on a smile through the worst life has to offer, so that said, I can't think of a better example of someone to look up to.